The Top 3 Tornadoes in The History Of Texas 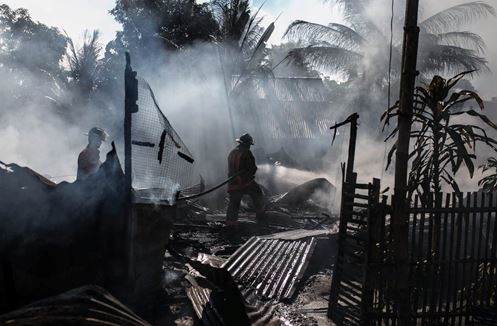 The Top 3 Tornadoes in The History Of Texas

While the US is known to experience the most tornadoes than any other country in the world, Texas is called the Tornado Capital. As the name indicates, most tornadoes take place here. On average, Texas experiences 130 to 155 tornadoes every year. These tornadoes hit usually in late spring and early summer. The most common time for tornadoes is between 4 p.m. and 8 p.m.

Here are some of the deadliest tornadoes in the history of Texas:

The deadliest tornado to every hit Texas occurred back in 1953, the day after Mother’s Day. It hit shortly after 4 p.m. The tornado touched down in Lorena, a town in Texas, and made its way north-east to Waco.

According to a radar screen at the Texas A&M University, this tornado developed a hook-shaped echo and was a third of a mile wide. This F5 tornado claimed the lives of 114 people and injured 587. Around 600 homes were completely torn apart and over 1000 properties were damaged. Survivors had to wait 14 hours for rescue services.

The second deadliest on the list is the Goliad Tornado. It’s considered second on the list because it caused 250 injuries, which is less than half of the previous one. This tornado touched down near Berclair and was 1/8th of a mile wide. Many buildings were damaged and destroyed and the most deaths took place in Goliad.

The Rocksprings Tornado was another F5 tornado that developed south of the Tornado Alley. The tornado was a mile wide and crossed over Rocksprings. It destroyed most of the town and killed 74 people. The tornado continued on its path for about 65 miles before dying down.

Texas weather is still very unpredictable. Protect yourself and your family by getting tornado shelter safe rooms from US Safe Rooms. Whether you’re in Arlington, Plano, or Rowlett, our team can help you out. They build custom safe rooms for clients within 10 days and our steel safe rooms can get installed in just 45 minutes!