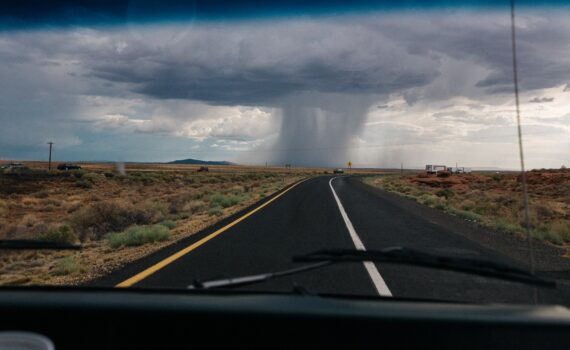 What to Do If a Tornado Strikes While You’re Driving

If you’re sitting anywhere in the midwestern states of the USA, behold! You’re in the territory of the tornados. The good old land of Texas has towns like Fort Worth, Arlington, or Dallas that suffer most from this giant spinning and twisting monster. As per the National Oceanic and Atmospheric Administration, tornadoes have struck all fifty states (NOAA).

So, if you’re living in a tornado-active zone, we’d recommend that you get yourself a tornado shelter. A sturdy and reliable storm shelter in Fort Worth or Dallas is something that will always keep you safe. Secondly, always look at the weather forecast before leaving.

Still, we know these tornados are unpredictable, so if by any chance, when you’re traveling by car and a tornado shows up, here’s exactly what you should do.

Warning Signs of a Tornado

For starters, be aware of the early warning indications of an incoming tornado, which include:

If You’re Traveling While a Tornado Shows up, Here’s What You Should Do

Although an automobile is not the greatest spot to stay in when a tornado strikes, passengers can attempt a few of these strategies to get shelter.

What Should You Do Once the Tornado Has Passed?

Whenever a tornado strikes, avoid taking shelter below a bridge. Bridges and Overpasses, despite common belief, don’t provide significant protection against falling rubble, and that’s the leading factor for tornado-related casualties.

Once the tornado has passed, take great caution and avoid harmful debris, including shattered glass, needles, or similar sharp materials. Always keep a safe distance around fallen power lines since it’s difficult to determine if they’re active or not. Finally, avoid entering heavily damaged structures since they may come crumbling down. 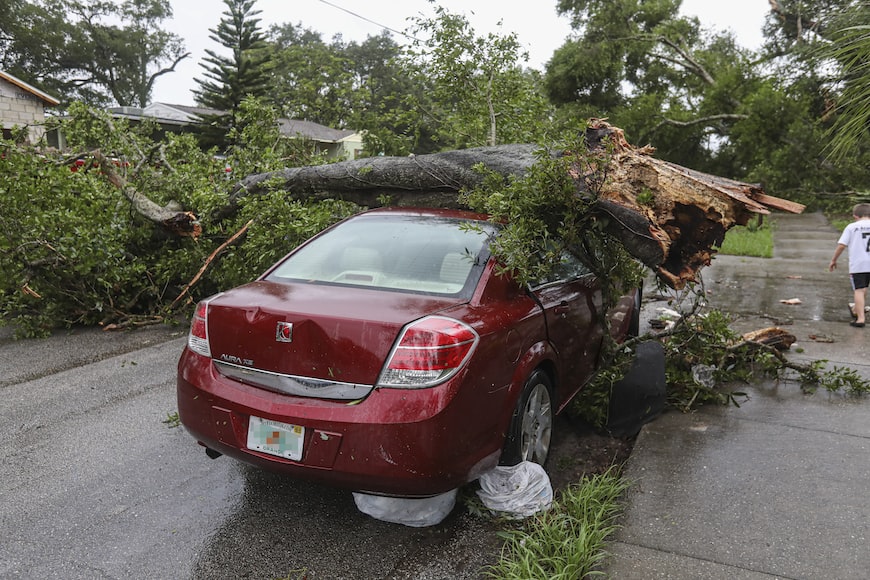 If you live in Dallas, TX, you must’ve got a tornado shelter to protect your family and yourself if a storm hits. If not, we at Safe Rooms US install tornado safe rooms.

We ensure that all the protective measures that you want are duly met. Our storm shelters meet all the FEMA requirements. We also build custom safe rooms and , Dallas, and other areas of Texas in just two weeks. 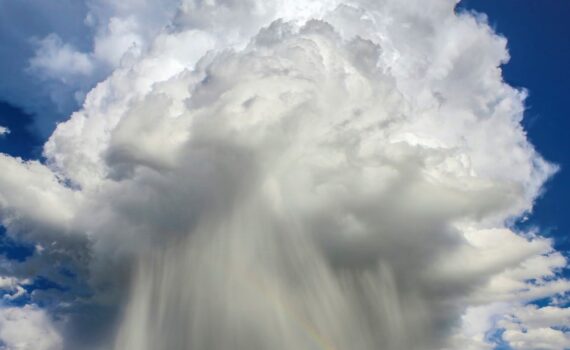 Types of Tornadoes and Ways In Which They Can Be Harmful

Tornadoes are one of Mother Nature’s most devastating forces and may manifest themselves in a variety of forms and sizes. While each Tornado is unique, there are several characteristics that enable Tornadoes to be classified according to their size, appearance, and formation.

Regardless of its nature, each Tornado has the potential to be hazardous, with devastating winds that might endanger life and property. Tornadoes that remain on the ground for an extended length of time may shift between different types as their size and form vary over their lives.

Do you want to keep your home safe during Tornadoes? Check out US Safe Room today!

Similar to how a weather satellite circles the Earth, a satellite Tornado orbits a bigger, “primary” Tornado. While this is a distinct secondary Tornado, it develops from the same parent mesocyclone as the first funnel.

Due to the rarity and scarcity of satellite Tornadoes, their features and sources remain mostly unknown. However, research conducted by NOAA‘s Storm Prediction Center found that they are often connected with powerful to severe (EF4 and EF5) major Tornadoes but are actually very weak EF0- to EF2-rated twisters.

If a Tornado seems broader than it is tall or has the appearance of an upside-down pyramid, it is almost certainly a wedge. Their sooty appearance is due to the large quantity of dirt and detritus they consume.

Wedges are often severe EF3, EF4, and EF5 storms, as seen by the 2013 El Reno, Oklahoma Tornado, classified as an EF3 on the Enhanced-Fujita scale. At 2.6 miles in diameter, it is the greatest Tornado recorded in the United States of America’s weather history. 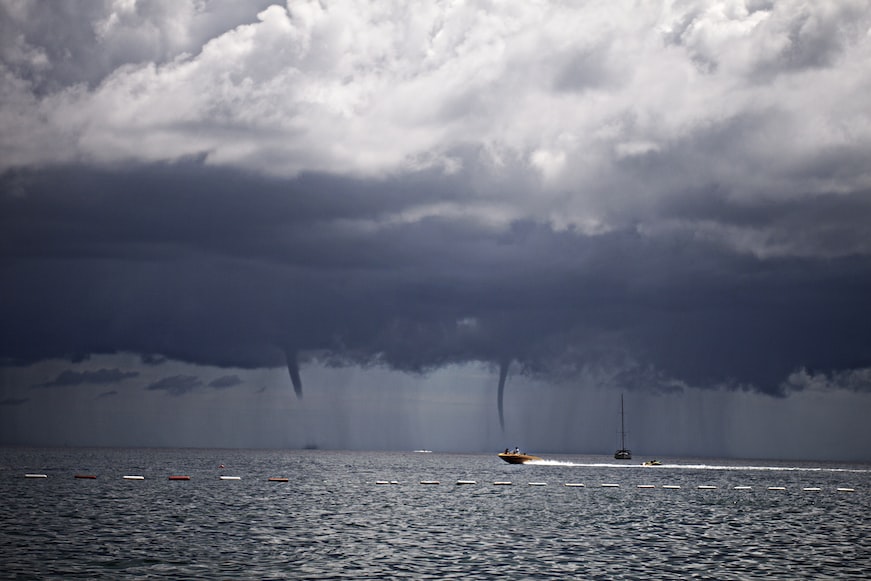 They are narrow condensation funnels that emerge from a spinning motion near the surface before building thunderclouds above cause a rotating updraft. 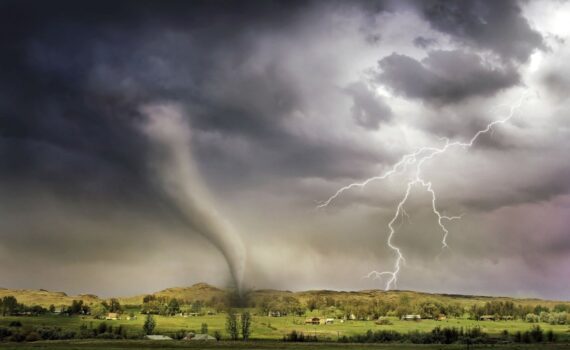 A Comprehensive Guide to Staying Safe During a Tornado

According to NOAA, there is no certainty of safety during a tornado. EF5 level tornadoes can easily level and even blow away concrete structures. Most tornadoes in Texas and Oklahoma are much weaker, and homeowners can ensure safety by following certain precautions. Here are three tips that will help you keep yourself and your loved ones safe during a tornado.

Counsel your children about what a tornado is, what parish or county they live in, what tornado warnings and watches are, and how to find safe shelter, whether at school or home. 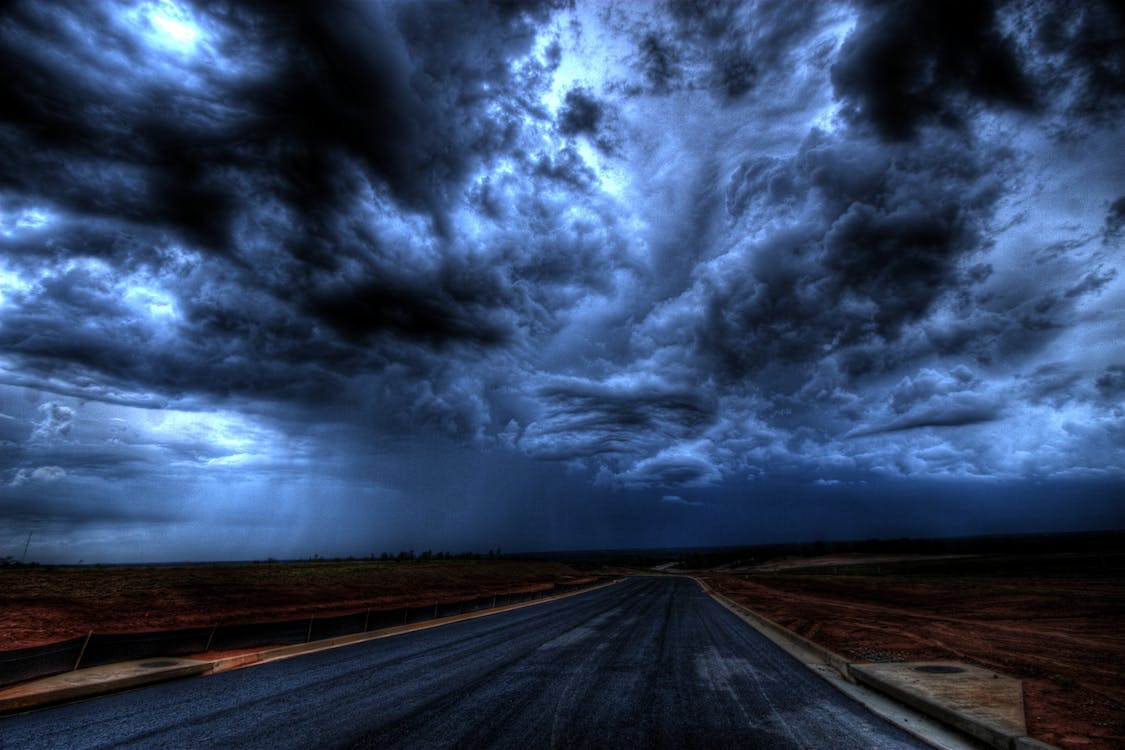 Paying attention to any change in weather conditions can protect you and your household from harm’s way. If you are expecting a thunderstorm in your area, stay connected to a local weather channel.  However, tornadoes can strike so rapidly that in some instances, there isn’t any time for warnings. Following are some weather signs that may indicate a tornado.

Take cover immediately if you notice any of these signs, and keep tuned to the local weather channel.

Know Where to Shelter

Flying and falling debris causes most injuries and deaths during a tornado. However, some places are much safer and can contain the damage done by tornadoes. Above-ground or underground shelters that are made following FEMA guidelines can help in keeping people safe under extreme weather. However, underground shelters can get buried under debris and fallen trees. This can make them inaccessible to people, or worse, trap people inside them. In contrast, above-ground shelters are easy to access and can withstand the weight and pressure of a 3,000-pound car.

If you live in Texas and Oklahoma, having a FEMA compliant shelter is highly advisable. US Safe Room Tornado Shelters provides above-ground shelters and safe rooms that are made following FEMA guidelines.

Emergency Drill In Case Of a Tornado

Tornado Signs You Should Know 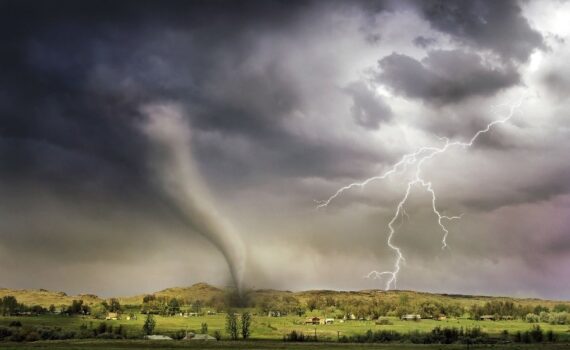 Tips to Keep Yourself Calm During a Tornado

Every year, on average 1,200 tornadoes hit the different parts of areas in the United States of America. Last year, according to statistics, 80 people die and at least 1,500 are injured every year due to tornadoes. Despite technological advancements, little has been achieved when ti comes to protecting people from such natural disasters.

While it’s natural to freak out and panic in such situations, keeping yourself calm and composed can help you make wise decisions and survive. This blog post will share some tips on how you can keep yourself calm amid natural disasters.

When the authorities issue a tornado warning, it doesn’t mean that the tornado is already waiting outside your door like a monster. It just means that it’s approaching your city and you must take safety precautions. Hence, when the warning is issued, try to keep yourself and others around you calm as you seek safe shelter. Staying calm doesn’t mean that you don’t have to take immediate action. You must take your family inside a basement or any other similar place and stay there until the tornado is over.

You can never be sure how long a tornado is going to last. It can go away within a few minutes, or stay for an hour. Hence, when you’re heading out to hide in a safe underground shelter, take food and important belongings with you. Ideally, if you’re living in an area where tornadoes are frequent, then you should always have a backpack ready with all the essentials you may need during the tornado.

It’s human psychology to stay more calm and relaxed when we’re surrounded by people. The realization that you’re not alone can help you stay calm and deal with the situation in a better way. Hold hands, and sing with others, trying to uplift each other while the tornado waits outside.

Are you worried about a tornado heading your way? Get in touch with us. At Safe Rooms US, we offer tornado shelters in Fort Worth, Dallas and other nearby areas, with installation services for residential and commercial clients. 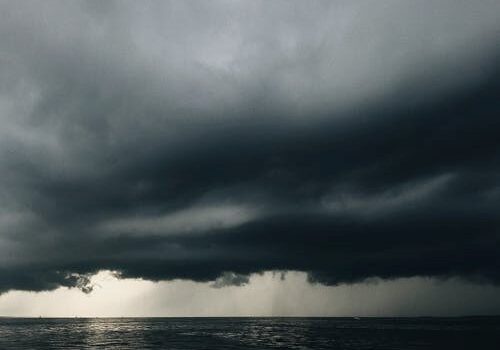 How Is a Tornado Formed, and Why Is It Highly Unpredictable?

Every year, hundreds of tornadoes across the country leave infrastructure devastated and many people killed. This blog post will highlight how tornadoes are formed and why it is difficult to predict when they’re coming.

A tornado can be defined as “a violently rotating column” filled with air, extending from the thunderstorm to the ground. Often, when one occurs, the sky turns dark and greenish and black storm clouds are formed. Sometimes, baseball-sized hail may also fall simultaneously, and a funnel appears as if it is coming out from a cloud. As it approaches, it feels like a freight train is approaching you, tearing up everything that comes in its way.

How Do they Form?

The violent tornadoes arise from supercells or large thunderstorms. They have heavy winds in rotation, and at least a thousand storms join together to form one supercell. Then five or six supercells combine to create a tornado.

Although tornadoes can hit at any time of the year, they are common in early spring and followed by the jet stream. In the U.S., the month of May has the greatest number of tornadoes. However, throughout history, tornadoes from April have always proven to be more violent and devastating.

There is no fixed time for when tornadoes can occur, but they mostly appear in the late afternoon when the sky suddenly turns dark because, at that time, the sun has provided enough heat to the ground. They are essentially a result of the collision of warm, humid air with cold, dry air. Since the cold air is denser, it is pushed over the warm air, resulting in thunderstorms. Gradually, the warm air rises through the relatively colder air and results in an updraft that rotates when winds vary.  The rotating updraft is often called a mesocycle, and it draws in more warm air from the thunderstorm as the speed increases.

Do you wish to stay safe from the tornadoes? At US Safe Rooms, we offer aboveground shelters and installation services for residential and commercial clients. So, if you’re in Denison, Plano, Fort Worth, Sherman, or Dallas, you can reach out to us for shelters to protect your family and friends from natural disasters. 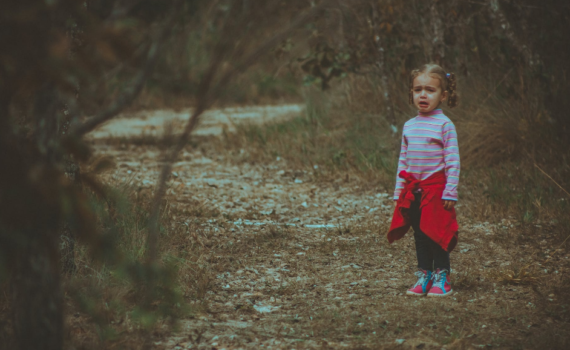 Growing up in the US’s Midwest regions in States like Texas and Oklahoma means growing up with regular storms, tornadoes, and even hurricanes. You must help your children stay calm and collected during these situations as you go through your safety protocols.

Here’s what to do.